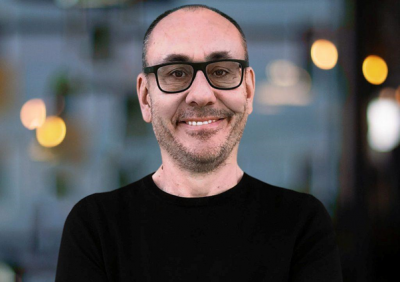 We chat with the Spaniard behind the blog YoLocalizo. A videogame localization professional with more than 25 years of experience.

It’s not often you have the opportunity to chat with someone who has so much experience within the video game industry worldwide, much less someone that works on the world’s most popular productions.

Miguel Sepulveda, the Spaniard behind the blog YoLocalizo, has been working on localization projects for 26 years, but ever since starting work for EA’s famous FIFA franchise in 2007 he has been almost entirely focused on video games.

Now with dozens of productions to his name, he is now the head of the King localization group, the publisher behind the popular Candy Crush, and more recently, Crash: On the run.

Due to these reasons and his need to continue to bring attention to the benefits of localization within the world’s most important entertainment industry, he agreed to chat with us about his career, how it’s going, and his future- an incredible journey for all those who dream about bringing videogames to the most cultures possible. 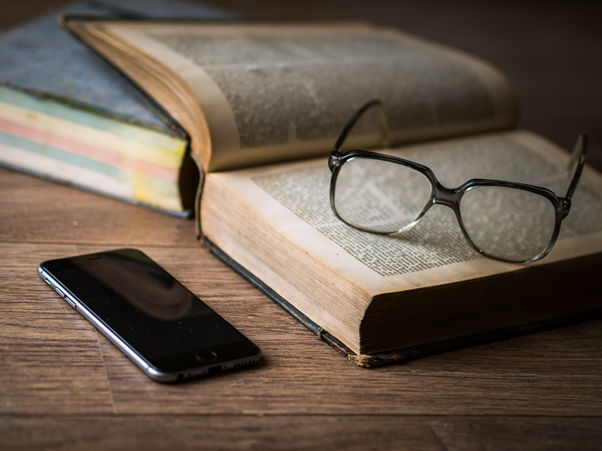 In your texts we realized it bothered you to have to talk about the importance of localization during a production and how important it is to integrate it within playtasting. Why do you believe it’s so important to include it at that time?

Because it’s a phase of design and correcting errors and including things, there is relatively simple because it can all be done starting with the English content. If you do it right from the beginning, you can later transfer it to other languages without any issues. It’s better than having to correct all of them at the end. It’s a waste of time.

Seeing it that way is so simple that I get upset when it’s not kept in mind.

How did you get into the world of videogame localization?

I’m 47 years old and I’ve been working on this since I was 21. When I started there were no localization degrees– halfway through the 90s, when doing my job was more or less knowing a language and translating. That was enough to get into Microsoft Ireland when they were doing the localization of Windows 95, at a time when the industry was growing in Europe. Microsoft practically invented this world. They weren’t the first but they did change the localization market from their office in Dublin.

The first show I had for videogame localization was for Age of Empires. But I made the real jump to videogames recently when I started working for Electronic Arts (EA) in 2007. The first part of my career was localization and a little bit of videogames, but everything changed from that moment on.

At that time I worked on FIFA and the Harry Potter saga. 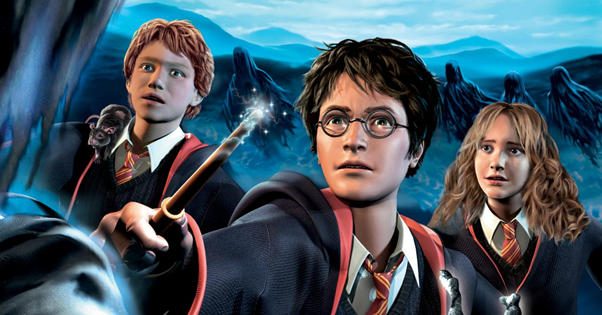 How many years did you spend at EA and how did you end up at King?

I was there four years and left for the company that makes  Habbo, a Second Life- type game for teens that had a rebirth during the pandemic. Later I set up a testing studio in Madrid, and in 2014 I went to work for King because I saw a bright future in the mobile industry. I thought it was a good platform to be on and at that time they had success with Candy Crush and were going to set up a team in Barcelona, so I was in charge of that. Seven years later I’m very happy with my decision.

Were you and your team behind the localization of the Crash Bandicoot mobile game?

Yes, we’re behind all the video games released by King. The Crash runner came out a few weeks ago so we’re still working on the first stages. The King globalization team performs horizontal services, we help with the project’s needs.

How do you assess the rise of the European videogame industry? Since you’ve been involved since its birth.

I see a lot of creativity but very little money (laughs). There’s a big difference when you compare us with the U.S. or Japan. A lot of independent developers do what they can, but there’s a lack of resources.

How would you define a good localization? I think about the very first entry of Crash Bandicoot in Japan, which we’ve already discussed at Terra.

A good localization means you don’t know it’s localized. You don’t stop to think beyond what you’re playing. And for that, you need to have happen what happened in that case. Localization has to be considered at the beginning with the art, the music, the text, and what pleases each market. But it’s never done that way.

It usually starts with English and from there the other languages come out. So everything ends up depending on the input, influence, and feedback that a localization team has with the development team.

A lot of times it’s not seen as an additional process that has to be done in parallel, and that’s the problem. It becomes a bottleneck that leads to delays when everyone is nervous because they want to launch the game. 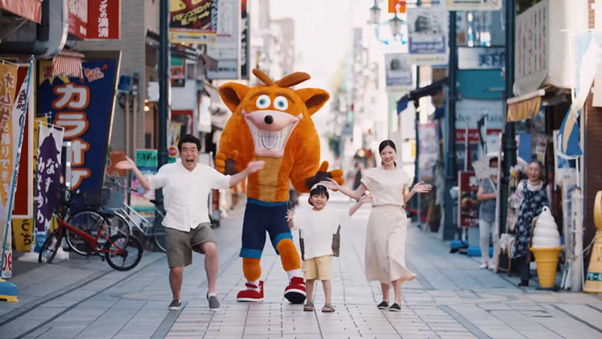 But these problems are not limited to just low-budget games. Right?

It’s an organizational problem; the studio size doesn’t matter. I remember working at the FIFA studio that has 300 people and launches a game every year, and they still have the same problems. And it happened because the localization is not integrated into the horizontal plan. It’s more vertical, like in stages.

But the thing is that games shouldn’t be developed that way, it should all be done in parallel. But then at the end you have to fix 200 bugs when everyone is super nervous. While we’re still seen as the last roadblock before launch, this will continue to happen.

I’d say Assassin’s Creed. It’s very difficult to do what they do because there’s lots of opportunities to make mistakes due to the historical moments involved, but they do it really well. It’s an enormous bibliographical work.

Not too long ago you said the failure of the live action Mulan had to do with its localization. Can you explain why?

Because it’s Americanized and the costume design was done by a German. No matter how much you study cultures, you cannot convey it if you’re not part of it. They didn’t know how to capture the essence of the history.

It’s sort of the dichotomy of delivering a commercial product that works in many part of the world even though you know they will not like it in Asia. Because it’s not well adapted culturally, because it’s conceived in Hollywood.

However, Pixar does it very well. In Soul, it’s first move played by black characters, they capture the culture perfectly. They went to New York to see the typical barber shops in the black community to show them as they are. They cut hair while looking at the people they’re expecting have a conversation with, something that traces back to black Africa. But of course these are the types of pains you have to take to complete a spectacular adaptation. And the videogame industry has to take that path. 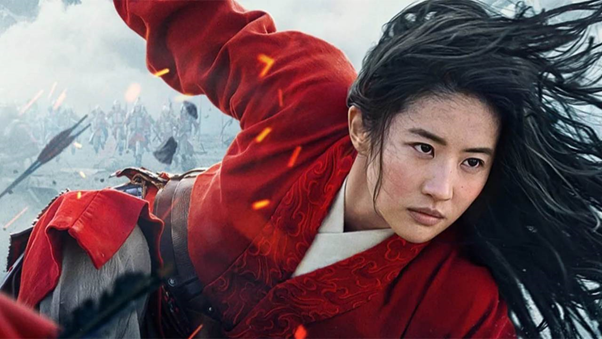 Do you think this type of localization isn’t done because of money or just ignorance?

Probably both. There aren’t many companies that pay attention to culturalization, which is taking a look at what type of content does well in a market and what type doesn’t. But of course, it’s something that many companies or indy studios can’t do.

A lot of times localizations to certain languages don’t exist and the fans take on the task. What do you think of that, do you know of any good work that’s come out of those movements?

I’ve seen good work, but in a lot of cases these fans do not have a linguistic background and there is a lack of grammatical consistency and coherency because there are a lot of people involved in the job. The true value add provided by localization leaders is always the project management stage. And fans don’t usually have that.

It’s a noble effort but not a perfect solution.

In a previous interview, you talk about the localization of video game prices. How do you see that progressing?

I don’t think it’s going well since we’ve had to follow the Netflix model, which usually gets adapted to different markets.

For the majority of mobile games, it’s the same price for all markets, but 5 euros is not the same in Spain as it is in Indonesia. But it’s very complicated getting players to pay in different parts of the world. Yes, you get a lot of downloads, but your monetization is poor because your extras are expensive in a lot of countries. 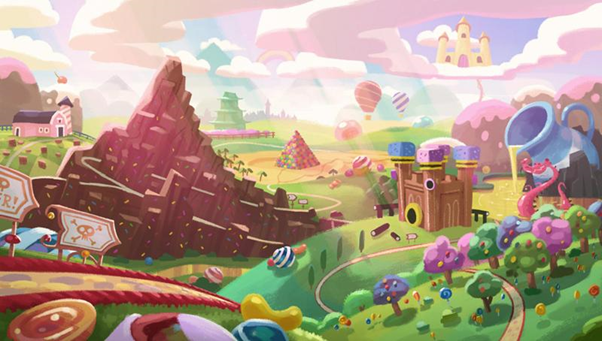 What advice would you give someone starting out in localization?

The first thing is to be clear about where you want your career to go. Specialize in a niche, make a career plan to find out what kind of specializations you need to learn. You have to take the time to think about it because the good part about localization is that you work with everyone on a project, but likewise if you don’t specialize you end up doing everything and fail to get really good at anything.