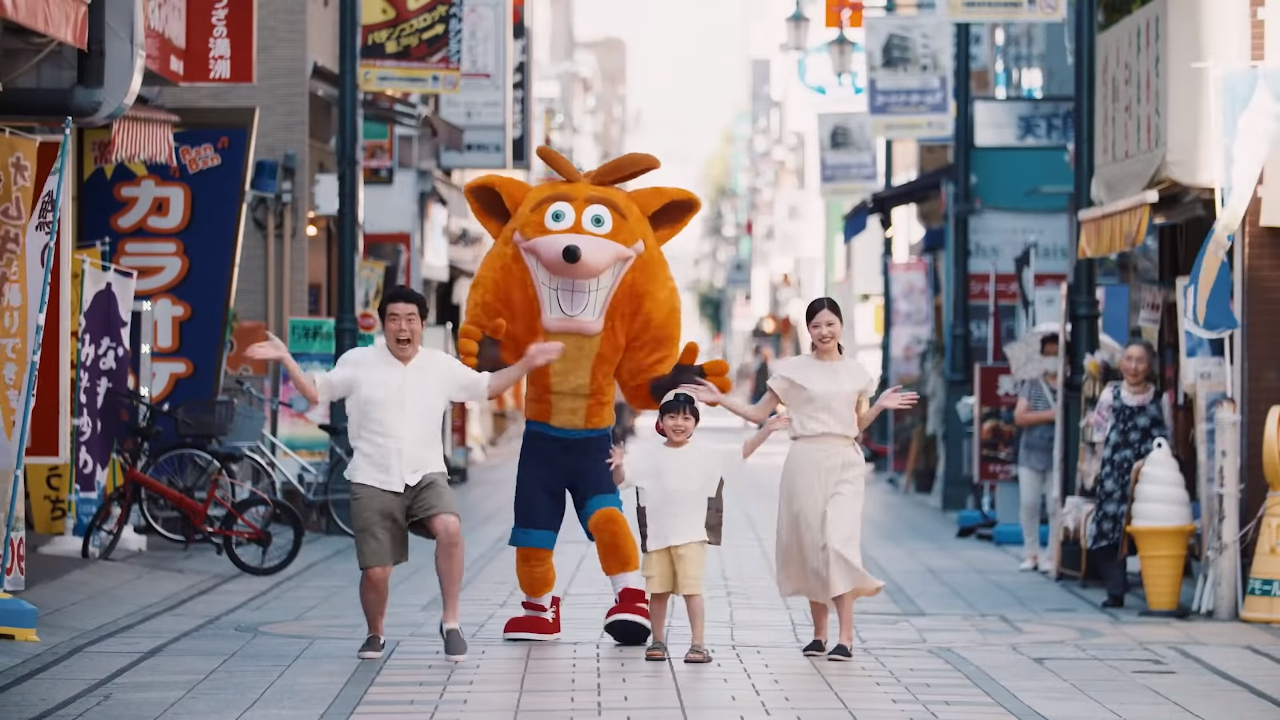 How Localization made Crash Bandicoot a Success in Japan

Breaking cultural barriers for the win

When developing a video game in almost any genre, you have to do some deep thinking, not only about the game’s mechanics and aesthetics but also about its possibilities for localization. The question is: How do you develop a game that can break through cultural barriers and have the greatest possible reach?

We’re not just talking about language here, about translating text à la Google Translator. We’re talking about everything that defines the user experience, the things that make a game accessible to a broad audience. This is what any work of art, ultimately and in a broad sense, aims to do: create a connection with the audience.

Crash in the land of the rising Sun

In the video game industry, historically, there have been three main markets that developers shoot for: North America, Europe and Japan, the cradle of modern video games. But the big dilemma we Westerners face when trying to enter the Land of the Rising Son is cultural differences. So we have to pay close attention to the game elements that require localization in order to avoid running headfirst into a cultural barrier.

And that is something that the people at Naughty Dog (Uncharted, The Last of Us) were well aware of when, in 1996, they prepared the launch of the first Crash Bandicoot. The original trilogy became one of the most successful Western video games in the history of the Japanese market.

These three video games, developed for the first PlayStation, sold more than 10 million copies, 4 million of which were sold in Japan. For a Western production, they were a huge hit in that key market. But their success there had nothing to do with luck.

The birth of 3D era

Crash Bandicoot appeared just as the 3D game revolution was getting underway. Several sagas were being reinvented (Super Mario, Sonic the Hedgehog) to adapt their gameplay to the new era. And Naughty Dog, with the help of Mark Cerny (architect of PS4 and PS5), decided to play it safe and use a fixed camera within a three-dimensional environment. He decided not to fiddle with too much but to, instead, go all out with the 3D technology that has ended up dominating the industry till today.

In Crash Bandicoot, as in other games, players had to leap over obstacles, dodge threats and eliminate enemies. But this was a game with almost no dialog, where anthropomorphic, cartoonish characters moved through environments that were based on real places and cultures but were, in the end, pure fantasy. All together, these features helped to eliminate cultural barriers and make the new franchise completely universal.

Building on that foundation, the Naughty Dog team made special changes to the Japanese version of Crash Bandicoot to make it even more appealing to Japanese players. The changes were subtle but they were key in the creation of a seamless localization.

The texts, of course, were translated. But the sounds were also modified, as was the appearance of Crash himself. The Japanese cover showed a marsupial running towards the screen, but in this version, his face was more playful and less “maniacal”. It’s completely different from the cover that was released on this side of the world.

Localizing and culturalizing a Marsupial 101

And the adaptations didn’t stop there. Visual story elements that would have been immediately clear to Western audiences, but potentially confusing to Japanese players, were modified.

On boxes of TNT, for example, the letters “TNT” were replaced with a drawing of a bomb. The Nitro box cover was translated into Japanese, and the screen names, which were plays on words, were also modified so that they retained their playfulness in Japanese. In other words, culturally sensitive translations were provided so that no meaning was lost.

Also, in the Japanese version, Aku Aku, the mythical mask that gives players immunity and powers, also provides written tips on when and how to make certain moves in the video game. This is a common feature of video games produced in Japan, so Japanese players expect to be given these tips.

Naughty Dog even took into account the buttons Japanese players press. In Japanese culture, the “X” has a historically negative connotation, whereas the “O” has a positive connotation. Therefore, in the Japanese version of Crash Bandicoot, players confirmed actions with an “O” instead of an “X”, as is the norm everywhere else.

The importance of feeling local

Strangely enough, the Japanese company PlayStation will modify this in its launch of its newest console, which will come with X as the standard option for “Yes” when navigating through the system, everywhere in the world. Yes, even in the country where it originated. This can be modified in the console’s settings, but it’s clear that PlayStation is also adopting an outward-looking approach from the get-go.

The localization of a video game is often left on the backburner, by both large and small production companies (because of budget constraints or lack of awareness about its importance), but if Crash Bandicoot left us one lesson, it’s that this process is key to breaking cultural barriers.

In Japan, mechanics and fun are prioritized over realism. Japanese players are interested in dreamy worlds, lovable characters and playful challenges, all characteristics that can be found in Crash, a game made in the West but designed for the East.