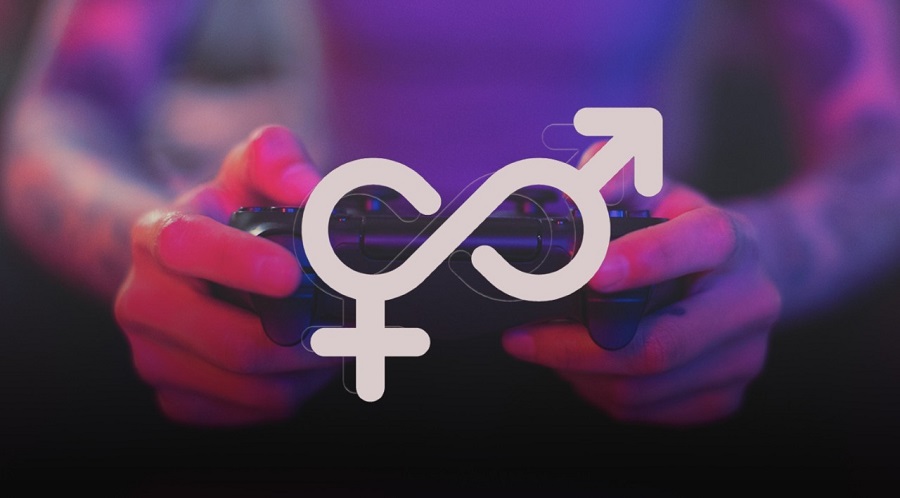 Are you a male or female?

That’s the question that everyone has seen overtly in their lives. Whether it is when one is filling out an application for a job or going into a healthcare facility for treatment, this one question has been used to determine what a person is like. Unfortunately, this can also bring about certain stereotypes in certain places of life, especially negative ones.  The video game industry is definitely not immune to this. Certainly in the past you may have heard this scenario or experienced this: A fantasy game where men were always the warriors and females were always healers?

There are those that still have an assumption that there are some games that are meant for boys and some that are meant for girls. Games like the gun-toting, high octane level Call of Duty, initially was catered to the male crowd with little to no female presence. You can see how the franchise is changing that outlook later in this article.  There are gamers that also do not want to fit in boxes that were made for them and want to forge their own path or identity. Companies should consider games that are gender neutral because not only would that shatter certain gender stereotypes in games, but help connect to more players and communities.

What is the meaning of gender neutrality? Gender neutrality is to have language, ideas and methods in place that doesn’t target a specific gender.  This term goes hand-in-hand with another term called non-binary.  This means that an individual does not identify with the traditional gender of “male” or “female”

What can we do as gamers in this industry to include more gender neutrality in video games?  Well, there are two ways where we can really start making changes in this area.  One is through language or text in games and the other is through the actual characters themselves.

With most societies of the world, language is primary for communication and expression.  When it comes to non binary people though, there is not a lot of language that can reflect them as a person. For example: in the spanish language, each object and person are mainly categorized as “male” or “female” respectively.  There isn’t really a non-binary form of language for people who dont fit in those genders. When developing a game and when it comes to localizing, language can be a barrier if these aspects are not considered. It is important for game devs or others that are working to ensure all gamers are introduced to their games to keep this in mind.

It is also important to have a non-binary feature especially with RPGs, character creations, or games that have the players to choose between genders “male” or female.” Some games recently like the big blockbuster franchise Call of duty, has implemented a feature where you can choose between male, female or non-binary.  This is a huge step in this franchise where the call of duty games were advertised for males. Though others will think that this is not a necessary change, a lot of gamers support this idea.  Having features such as this will help bridge a gap to those who are struggling to play games that don’t reflect who they are as a person and can help build a stronger connection to the game.

To include these steps in the gaming development stages may be hard to implement but it would help foster a community that accepts non-binary people and other gamers that are not gender specific.  The more people that feel included in this gaming industry, the better the industry will become.